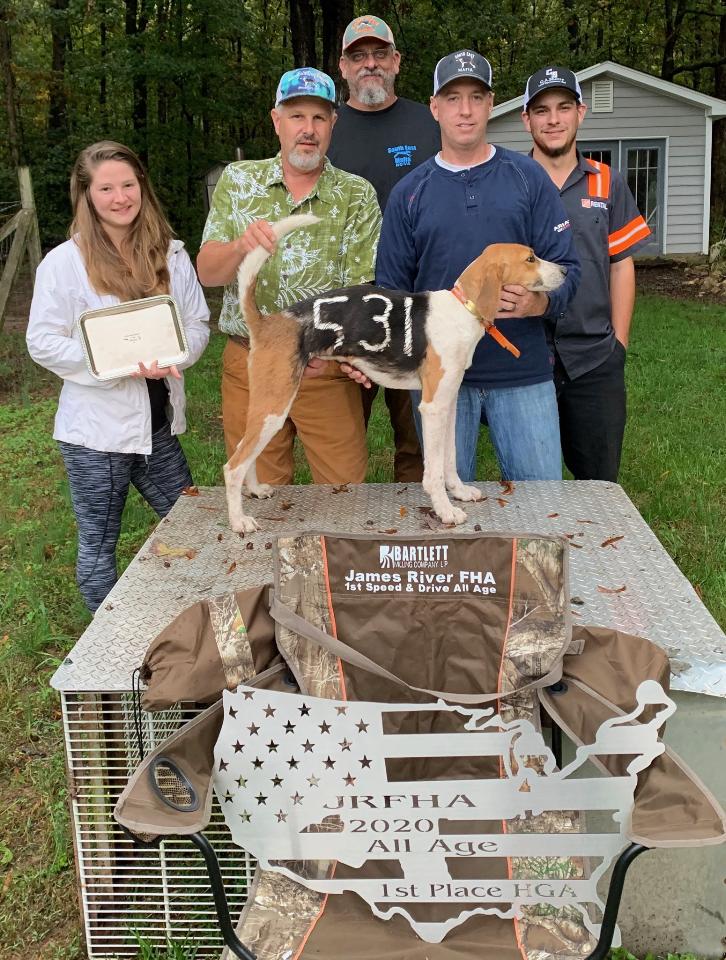 PLEASE USE YOUR FULL NAME OR THE POST WILL BE DELETED.  INAPPROPRIATE LANGUAGE WILL GET YOU BANNED. PLEASE BE CONSCIOUS THAT THESE ARE PUBLIC POSTS. PLEASE BE CONSIDERATE OF CHILDREN THAT MAY BE SIGNED ON.

Well this was our last Puppy and Derby hunt for 2020. It was a good day. The weather cooperated and the running was good. We have been very lucky this year with good running weather…
We had a nice group of hunters and I give a b ig thank you to each of you. We have a lot of people to thank that supported the hunts at C&M. The hunters and judges and everyone that gave a helping hand when it was needed. Today we had Bill Holden serving as Master of Hounds and as always going a very good job. Tommy Murry was out Bench Show Judge and Brandon Strickland served as Ring Master. Thanks fellows for a good job. Judges were as follows: Bill Holden, Zander Holden, Madeline Lee, Cecil Lee, James Benton, Chick Benton, Canon Ward, Sam Jacobs, Duck Britt, Charles McPherson, John McPherson, Dylan Wilkes, and Brandon Strickland. Thanks to all the judges for a good job and all you do for the sport of fox hunting.. I know that all of you have other things that you could be doing on a Saturday morning like sleeping late. I really appreciate your dedication. Hunting season opens next Saturday and I know that most of the judges hunt. Hope all of you have a successful and safe hunting season.
I want to thank Cari Hayes for finding time to give us as C&M. You make things happen. Posting scores and selling 50/50 tickets seem so easy for you and you are really good at both.
Lisa McShane took a break from her busy business to help out this week. She stayed busy cooking and taking pictures and will post them for us. Thank you so much Lisa.
Thank you to the feed companies and their reps. They are Mike Carr (Pride), Randy McGovern & Moose Jower (Showtime), Ronnie Mace, Bown’s Hunting Supply (Value-Pak), Hollybucks (Dog Supplies) and Gurganus Feeds for Buddy Boy.
We will be having out Three Day Open on December 3rd, 4th, and 5th. Hope to see you all again soon.
Congratulations to all the winners.